What Is i-PDeA? – An Introduction Through Application Examples –

Intelligent Peak Deconvolution Analysis (i-PDeA) is a data analysis technique that extracts a single peak from co-eluted peaks and quantitates it by exploiting the differences in spectra between each compound.

i-PDeA II enables users to visualize and detect a minor single impurity even when the impurity is co-eluted with an analyte. It also facilitates the separation of hard-to-separate peaks on the column through computer processing and deconvolution of the spectrum information, which reduces the effort required to investigate separation parameters.

The following highlights some benefits of i-PDeA II through application examples.

View the Peer Reviewed Article in J. Chrom. A

Example 1: I have developed an ultrafast analysis method, but want to further reduce analysis time. However, shortening the analysis time would affect separation.

・When you apply i-PDeA, you can selectively visualize only the components you want to view, even peaks that are not separated! Example 2: I want to correctly quantify the impurities that are eluted in the tailing of the main component peak.

・With i-PDeA, no additional consideration of separation conditions is required! Quantitative calculation can be done directly! 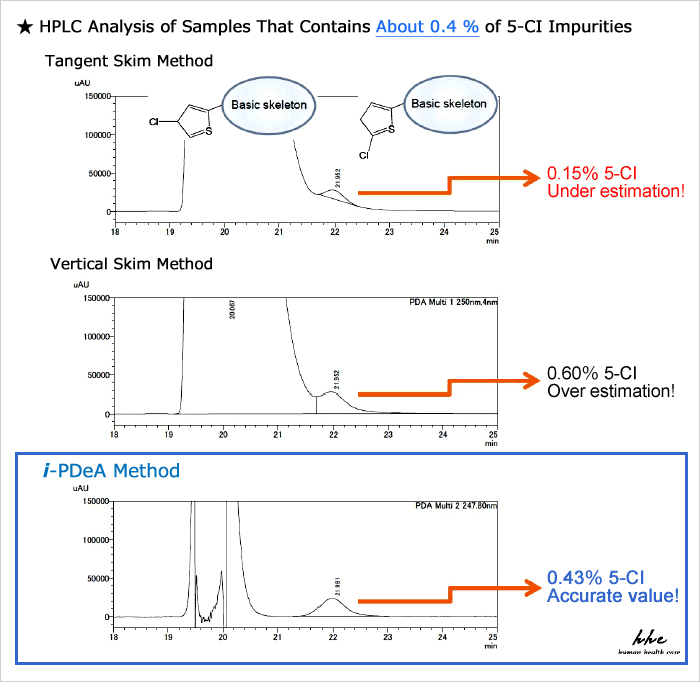